Dr. Willis Kirk, a native of Indianapolis, Indiana, graduated from the prestigious Crispus Attucks High School and obtained a Master’sDegree from Butler University. He continued studies at Ohio State University, Indiana University, the University of San Francisco, and received a Doctorate in Educational Administration from Walden University.

During his career he rubbed shoulders with many of the 20th century jazz greats, and played countless casuals. He was born in Indianapolis in 1928. In 4th grade he started taking drum lessons, and by high school had played his first paid gig. After high school, he worked with many groups in Indianapolis, including Wes Montgomery, with whom he played for many years.

In 1950, he was drafted into the army. After the service he continued to play music and eventually went to Butler University on the GI Bill. While there were many others, Arthur Carter Sr. a former Tuskegee Airman, became a mentor and great influence on young Kirk’s understanding of community.

Kirk continued to play gigs and eventually had his own trio. In 1955 he married Roslyn King and began to raise a family. He supported himself as a music teacher. In the early 60s, Willis also worked part-time as a business agent for Indianapolis Musicians Local 3. He relocated his family to the Bay Area in 1968, where he taught music in Oakland public schools and, eventually, worked as a counselor for City College of San Francisco. From 1988 – 1991 he served as City College president.

In the early 80s, he wrote a jazz drumming instructional book called Brush Fire. During the 1990s, Kirk composed “Rejoice! Rejoice!” a jazz oratory that was recorded and performed at the Indianapolis Jazz Festival in 2004. May 9, 2009, in recognition of his vast contributions to higher education, he received an Honorary Doctor of Arts Degree from Butler University. Today, Willis continues to play with the David Hardiman All – Star Big Band, as well as the occasional casual gig.

“Dr. Willis Kirk and his generation were at the advent of modern jazz; a transitional time when swing had its run as a driving force” according to Donald Meade. He was a major drummer, a great educator and administrator; one of the guardians of his time.  The industry has provided many critics and advocates but few griot/historians. Kirk has worked tirelessly to share with others “the seriousness of this music. We can’t be caught up in being kind” he says. “We have to be accurate if this music is going to continue. We need contributions above mediocrity to perpetuate a legacy.”

In His Own Words…

“One evening in 1949, my friend Walt McCauley and I were very excited about hearing the Charlie Parker Quintet with Max Roach & Miles Davis at the Sunset Terrace, on Indiana Ave. We arrived before the starting time of 9:00 p.m. so when the doors opened we were one of the first to enter the ballroom. Upon entering, we both heard someone say, “There he is, Bird.” Another voice came up to me and said, “Are you Kirk, man?” I said yes, not knowing who was asking. He said,”come on man. We have to hit at nine.” At this, he pulled me by my arm towards the bandstand, which was quite a distance from the entryway. Before I realized what was going on, the person sat me behind a set of old drums at the rear of the stage and proceeded to play. As I sat there he turned around and said, “Play man, play.” He repeated this command on more than one occasion as I continued to just sit there. Needless to say, I was bewildered and in shock as I realized I was sitting in the seat which should be occupied by my idol, Max Roach.

After I got myself together, I did start to play drums with Charlie Parker. My shock turned into excitement, and I began to feel good playing with one of my musical heroes on alto saxophone. Starting at 9:00 or shortly afterwards, I played with Bird until 11:00. When Max and Miles appeared at the entrance to the Sunset, Bird immediately took an intermission so that Max and Miles could set up. Charlie called me over to the bandstand and put $10.00 in my hand. I gave it back to him, but he would not accept the money. Instead, he put the bill in my coat pocket after he thanked me for filling in for Max Roach. I was excited to meet Max Roach, and he too thanked me and said that he enjoyed hearing me play. He and the rest of the quintet played the rest of the evening until the job ended at 1:00 a.m. This was the most memorable moment of my career in the music business.”

It is fitting that Dr. Willis Kirk be honored as the recipient of the 2nd Annual Meade Legacy Jazz Griot Award.  Recognized widely by top jazz musicians, loved and respected by the jazz community, Dr. Willis Kirk has been a faithful steward of the oral history of jazz music. 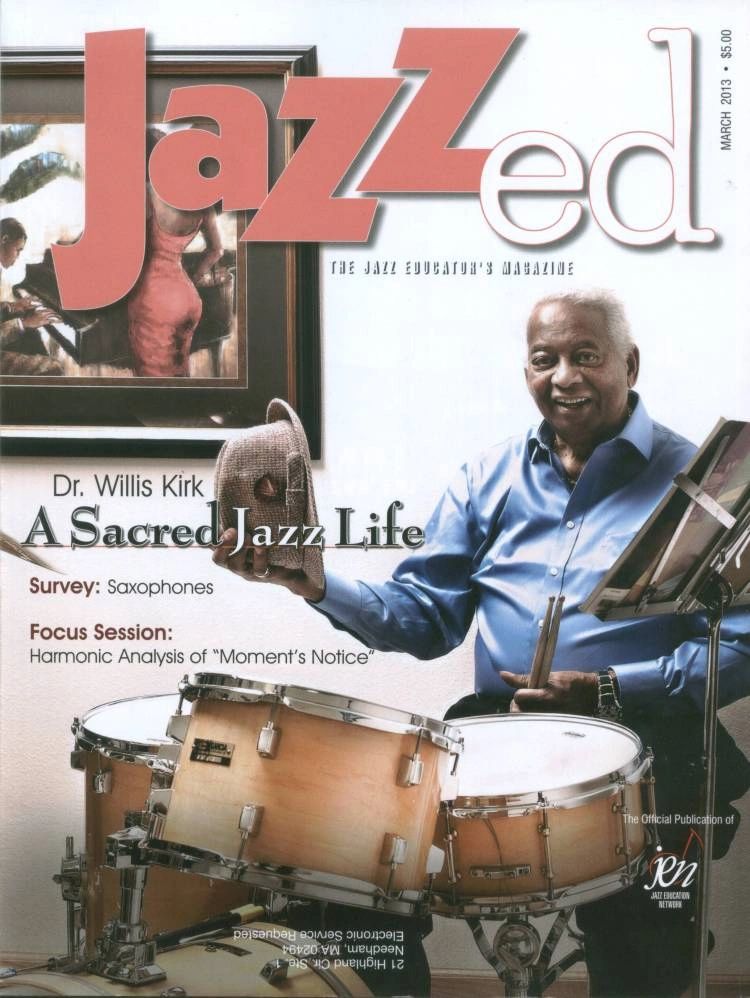 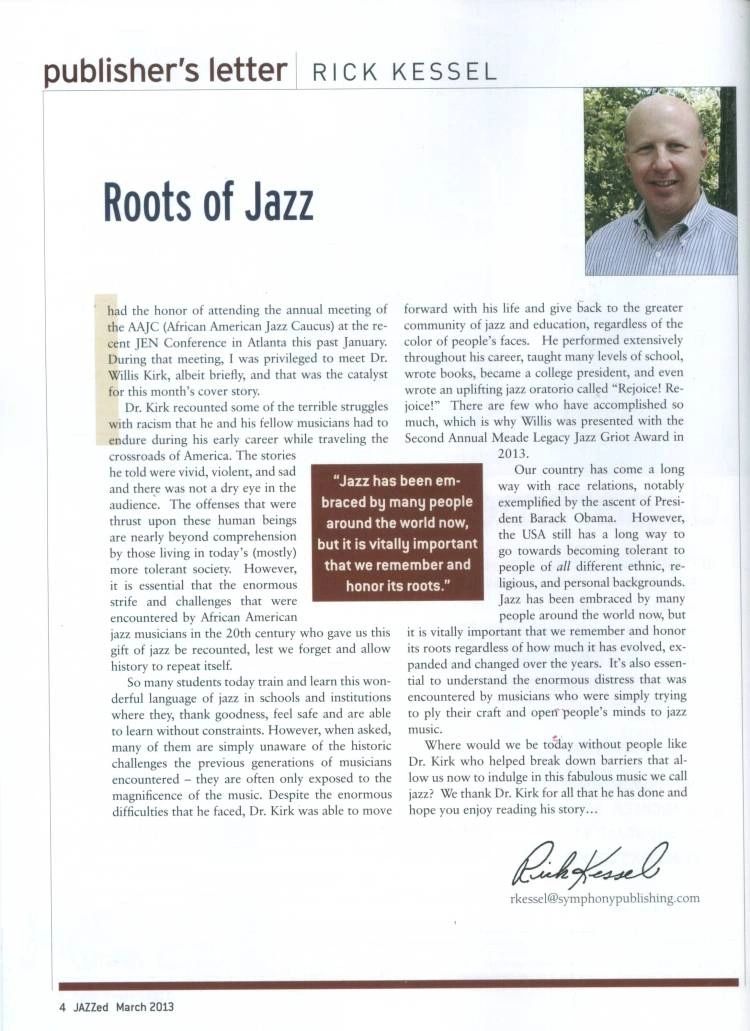