Nobuko “Cobi” Narita’s tireless devotion to the jazz community has spanned almost fifty years. Every artist she has presented or assisted becomes part of her jazz family, which means that her extended family has thousands of members. Born and raised in California of Japanese heritage, Cobi remembers  listening to jazz on a local radio station, which prompted her to volunteer at a club called Memory Lane, where jazz trumpeter Harry “Sweets” Edison, tenor saxophonist Houston Pearson, and singer Etta Jones performed.

In 1941 when she was fifteen, the U.S. Military Police abruptly took Japanese- American Narita from her high school classroom in California to the Gila River Detention Camp in Arizona. There she and her siblings (two brothers and two sisters) and parents were detained until the end of World War II, living in a room 20×20. Despite the oppressive conditions, Cobi started a detention camp newsletter to let detainees know what was happening throughout the camp, including pregnancies, marriages and always-positive messages. Following the Narita family’s release from detention, Cobi completed high school and received a scholarship to Gettysburg College (in Pennsylvania) where she majored in theater. While in college she married and gave birth to seven children, eventually dropping out of college to work when her marriage ended in divorce.

On Fourth of July weekend in 1969 at the age 44, Cobi moved to New York City. “I had wanted to live in New York for as long as I remember.” And the opportunity came to do it; I was offered a great job. But I had to run this by my seven children. Upon arriving in New York, she discovered the bass player Gene Taylor, an old friend who told her to go to Saint Peter’s Church and volunteer for Pastor John Garcia Gensel’s jazz ministry.

In 1972 Cobi went to work as Executive Director of Collective Black Artists, a repertory orchestra directed by Reggie Workman, Jimmy Owens and Kenny Rogers.  While working with the Jazz Collective where she was organizing weekly gigs for a 13-piece orchestra in St. Albans, Queens, Cobi met Paul Ash, (the owner of the most renowned music store on 48th Street in Manhattan) who would become her life-long partner.

By this time, Cobi had solidified The New York Women’s Jazz Festival, which began as the Universal Jazz Coalition Salute to Women. Its purpose was simple: to bring more attention to women jazz musicians. “I felt that women needed something like the Kansas City Women’s Jazz Festival in New York to give them an opportunity to show that they can play.” When that first year’s Women’s Jazz Festival was presented at the Casablanca Club in New York, so many people attended that the concert was held out in the street. “I’ll never forget Mary Lou Williams sitting on a crate eating rice and beans as if she were in Carnegie Hall” says Cobi.

In 1983 Cobi rented a space on Lafayette Street and called it Jazz Center of New York. In her Vocal Discovery workshops, young musicians learned from such professionals as Abbey Lincoln, Dakota Staton, and Maxine Sullivan, at a cost of $100. Artists presented at the Jazz Center included Dizzy Gillespie, Randy Weston, Ahmad Jamal, Billy Harper, George Coleman, and Harold Mabern, along with the first Max Roach Double Quartet.

In 1995, Cobi was asked to sit on a panel with Lorraine Gordon from the Village Vanguard, writer Leslie Gourse, and singer-organist Sarah McLawler.  Out of that panel, International Women in Jazz was born. Cobi served as President for the first three years and Chairwoman of the Board for the next three. She also served on the boards of the Flushing Council of Culture and the Arts, Japanese American Association of New York, Asian American Arts Alliance and the advisory board of Y’all of New York.

Cobi’s organization did a fundraiser for Papa Jo Jones, co-hosted by Max Roach and Jamil Nasser. She also provided thousand-dollar “grants” to young musicians who just needed a little money to get to the next level.

Cobi’s support of tap dancing was a constant in her life-long support of jazz.  An infinite star in the jazz community, Cobi has been the glue for the jazz family. “She held us all together as a guiding light for young musicians,” bassist Earl May noted. Tap dancers say the same: “Cobi is one of the most giving persons that I have ever known,” said tap diva and vocalist Mable Lee. “She gives to everybody. She loves people . . . She is an angel to everybody.” The legendary Duke Ellington was known to greet his close friends with a kiss on each cheek, but when greeting Cobi Narita, he would three times kiss her cheek in affectionate recognition of the queen of our jazz community. 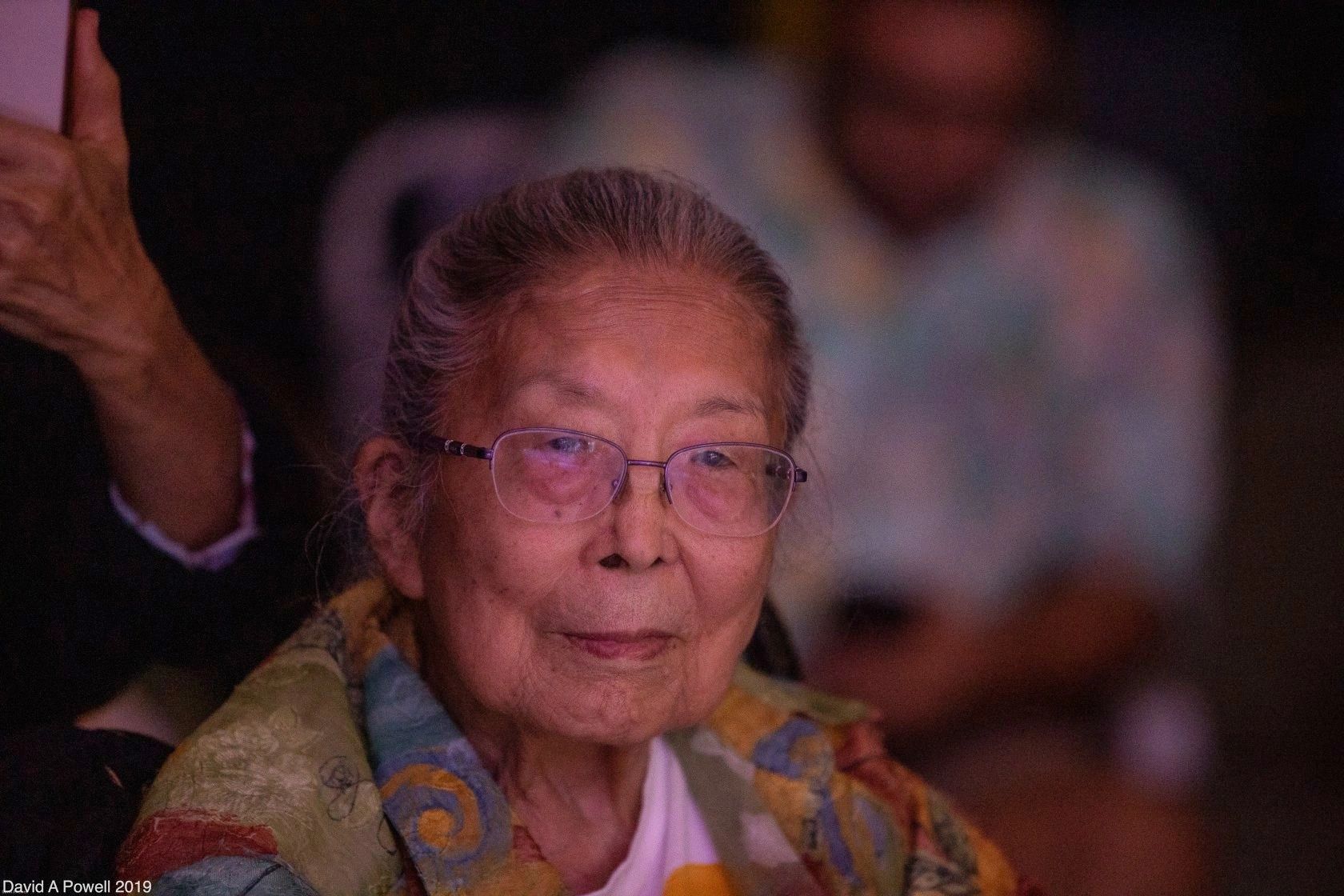 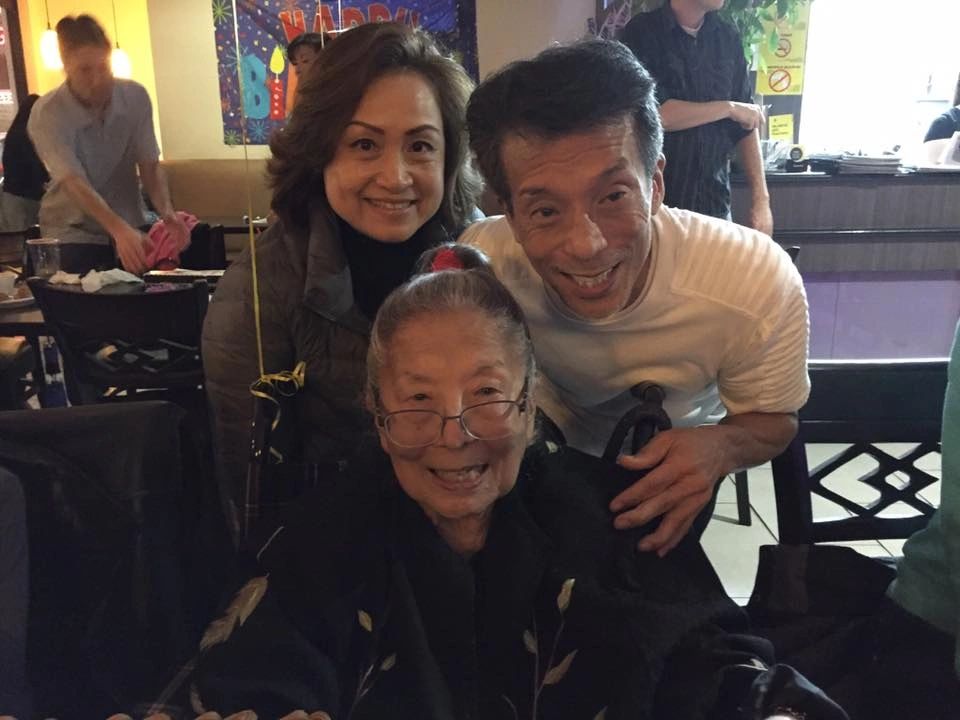